A QR or two-dimensional code is a matrix barcode (or two-dimensional, rapid response code) developed by the Japanese company Denso Wave (Japan) in 1994. The word "QR" comes from "Quick Response. ", in English it means quick response, since its creator intended to allow the code to be decoded at high speed. QR codes are most commonly used in Japan, China, and are currently the most commonly used two-dimensional code in Japan.
Although the QR code was originally used to track parts in car manufacturing, it is now used in inventory management in many different industries. More recently, QR code reader software has been installed into mobile phones with camera phones in Japan. This results in new and diverse consumer-oriented applications intended to ease data entry into mobile phones, which is not very attractive. QR codes are also added to business cards, greatly simplifying the entry of novice personal information into address books on mobile phones. 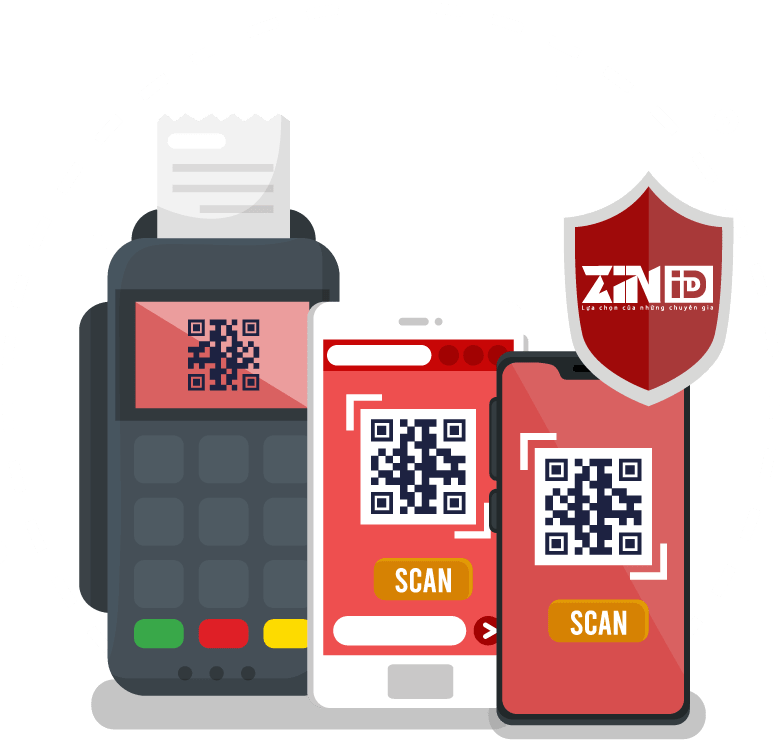 Users with a capture program and a computer with an RS-232C interface can use a scanner to capture data.
The Japanese Standard for QR codes, JIS X 0510, published in January 1999, and the corresponding ISO International Standard, ISO / IEC18004, were adopted in June 2000.
2. Origin of QR Code
The QR code system was invented by Denso Wave in 1994. The main purpose is to track vehicles during production. It is designed to enable high-speed scanning of parts. [1] Although the applications were originally intended only to track vehicle parts, QR codes are now used in a variety of contexts including commercial tracking applications and convenience-oriented applications. mobile phone users. QR codes can be used to display text to the user, to add a vCard to a user's device, to open the URI, to write an e-mail or message, to even make electronic payments. is fast, especially in China, when almost everyone uses QR payments [2]. Users can create and print their own QR codes for others to scan and use to visit one of the paid and free sites via a QR code. It is currently one of the most used styles in the two-dimensional barcode group.
3. Information stored in QRCODE

A QR code can contain information about a web address (URL), the time of an event, contact information (such as a vCard), an email address, an SMS message, a text message or even a text message. Lice is geolocation information. Depending on which QR code reader you use when scanning, it will lead you to a website, call a phone number, view a message ...

4. How is QR code different from traditional barcode?

Traditional barcodes have lines that are one-dimensional long and can only store 20 digits, while two-dimensional QR codes can store information thousands of alphanumeric characters. QR codes hold more information and the ease of use helps a lot for small businesses.

If you have any questions? Call now